Skip to content
Free delivery in EU on orders over 150€ 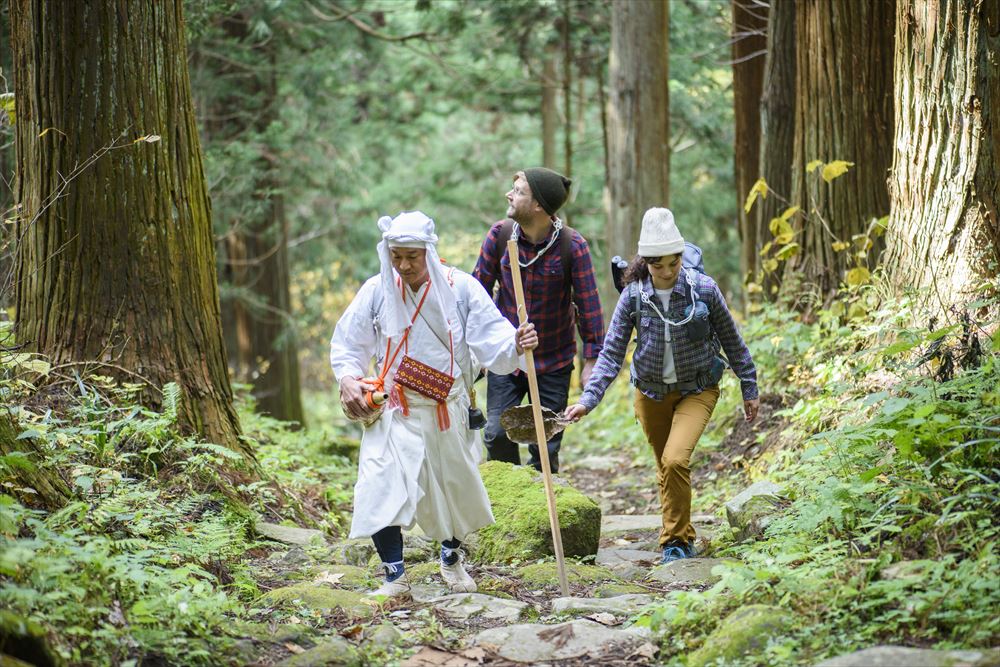 On a sacred mountain

Visit to a sacred mountain

Kosuge, a mountain near Nagano, is one of the mountains that Japanese have traditionally considered sacred. In 2018 Teemu had the privilege to explore the mountain with local outdoor writer Kira Nakagawa and yamabushi Shida. Yamabushis are ascetic hermits that live in the mountains and practice Buddhist-based Shugendo religion. With the help of his guides, Teemu had the chance to learn more about the relationship the Japanese have with nature.

Japan is 70 per cent forest, as high a percentage as Finland. Unlike in Finland, almost all Japan’s forests are in mountainous areas that are difficult to access. Flatland has been transformed into densely-populated living areas already long ago. The mountains have been traditionally considered as sacred dwelling places of the spirits and gods. As in this case, the passageways to the mountain have been initially cleared for temples.

At the hillside there were temples and gates. When we reached one, yamabushi Shida said that from that point on no living creature should really pass, as from there the path should be carried on only as a spirit.

Many Finns have a close relationship to nature – we feel safe in the forest. For Finns the forest is a place for not only picking berries and mushrooms but also for relaxation. The Japanese have a more complicated relationship with the natural forest. Due to different beliefs and difficult access, nature has even been considered as a scary space. Traditionally, only hunters and the enlightenment-seeking yamabushis have dwelt in the mountain forests.

This is not the case anymore, though. Today, the recreational use of the forests and mountains is ever more popular in Japan as well. There are no similar “everyman’s rights” to forests or freedom to roam as in Finland, but there are national parks and nature reserves. When visiting these, the Japanese say they go to mountains (yama) or nature (shizen), not to the forest (mori).

The health benefits of the forest have been studied longer in Japan than in Europe. Forest bathing, shinrin-yoku, a term that has gained popularity in western countries in recent years, was originally launched in Japan in the 1980s. It refers to the therapeutic visits to the forest and immersing oneself in the nature with all senses. The health benefits of being in a forest have been scientifically proven: just a 15-minute walk in a forest reduces muscular tension and lowers the heart rate and blood pressure.

I’m not a particularly religious person, but often entering a grand old forest feels like walking into a church. On the sacred mountain, nature and religion were even more tightly intertwined.

In the European and American stories the fox is often seen as sneaky and cunning. Despite this, it is considered as a sympathetic animal, and people love fox illustrations. In the Japanese beliefs fox (kitsune) is a witch animal that can take a human form. There are strong beliefs towards many other animals as well. Therefore, it’s no wonder that plant illustrations have been more popular in Japan so far. But even there the bear is beloved!

The mythology of animals and nature inspires me a lot in my work. It has been interesting to learn how beliefs vary from one country to another.

Images published with the permission of Randonnée magazine. Read more (in Japanese) on the Share the mountain blog;

Subscribe to our newsletter and get 15% off your next purchase!

Subscribe to our newsletter and get 15% off your next purchase!